We are proud to join our customers in their journey, to contribute to their success and support them when needed. And we are excited when our customers commit to the Moba brand. Our customer Vital Farms chose Moba Robotics to increase its productivity. In January 2020, the MR12s and MR50 were installed and now Mr. Carl Kicklighter, Plant Manager of Vital Farms, shares with us his experience with the new Moba equipment: "Since bringing the MR12s and MR50 online, we have seen double-digit productivity improvements."

Vital Farms was founded in 2007 by Mr. Matt O'Hayer and Mrs. Catherine Stewart with just 20 chickens and a commitment to animal welfare. Their mission was to prove that it is possible to produce the highest quality food in an environmentally responsible manner from humanely treated animals on a commercial scale. What started as a single-family farm, has grown into a cooperation with over 200 family farms that share the same vision. Nowadays, Vital Farms continues to elevate the industry's standards and now with the help of Moba’s high-tech robotics, they have taken the next step in automation.

Mr. Kicklighter is impressed with the performance of his new Moba equipment: "We measure our productivity with Overall Equipment Effectiveness. And since the installation of the MR12s and the MR50, we have seen substantial productivity jumps. Most of the productivity seems to be tied to the MR12s."

According to Mr. Kicklighter, high productivity is not the only benefit: "We have also seen some reliability and consistency improvements, but our biggest improvement must be on the ergonomic aspect. And another improvement has been a reduction in headcount for this position which has allowed us to move that headcount to the packing side of the operation."

According to Mr. Kicklighter, the MR12s have taken the pressure off the blocks and lanes as a result. "From a volume perspective, the MR12s have relieved a great deal of pressure from the rest of the lanes. We currently target approximately 12% of the machine's volume to run through to each MR12, so the volume drops drastically with each MR12 we install. One added benefit for us has been the flexibility of being able to change over lanes without losing any output since the lower volumes can be absorbed on the other lanes."

With the installation of the MR12s, Mr. Kicklighter chose to add the Endoline Case Erector. A decision he is still pleased about. "If I bought another MR12 in the future, I would not consider getting it without getting a case erector. One of the biggest advantages of the MR12s is that they allow our employees flexibility to help out in multiple areas of the packing area. Not having a case erector would mean that the employees were not able to leave the MR12, as they would constantly need to be erecting boxes and feeding the MR12s manually. Plus, the integration between the Endoline and the MR12s has been seamless, no issues whatsoever." 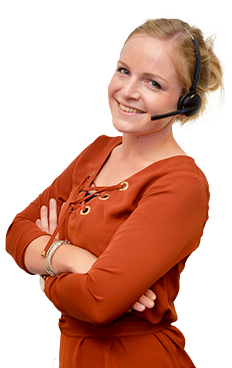