"We will keep you informed"

How it all started for Moba

This year, we celebrate our 75th anniversary. So many years of developing innovative solutions for egg producers all around the globe. And it all started with the vision of our founder, Mr. Job Mosterd. "He was a genius," says Max van Ginkel, who worked at Moba for 46 years, and was there in the early Moba-years. In this article, we will share more about the fascinating life of our founder, who started it all.

Job Mosterd was born in 1916 in Barneveld, the son of an egg trader. Job and his siblings helped their father with the business from an early age. Their task was to pack eggs in wooden crates. After primary school, Job went to the ULO, which is similar to today's VMBO (Dutch preparatory vocational education). After the first year, the headmaster told his father Hannes: "The boy is not a straight-A student, but he will find his way in commerce or technology. Take him out of school. If you ask me, it is a waste of money."

That message came as a bit of a shock. Nevertheless, father Hannes followed the advice, to the delight of the young Job, for he saw his chance to devote himself to his great passion — technology. In the shed behind the family home, the first inventions were soon born. Mosterd devised a bicycle-powered grinding machine and a column drilling machine, also powered by bicycle.

At one point, the young technician found a second-hand machine that passed for an egg grading machine. The machine was dismantled and rebuilt, but this time based on the inventor's own design and insight. The aim was to produce a fast, precise grading machine. When Mosterd was satisfied with the result, he invited a few friends, who were local egg traders, for a demonstration. It went off without a hitch, says Van Ginkel.

This prototype was sold to a local egg merchant, and this marked the start for Moba (Mosterd Barneveld) — in a shed behind Mosterd's parental home in Barneveld. In 1950, the demand for grading machines became so great that a move was necessary. A new production hall was built on the other side of the village. Mosterd and his wife Dina, whom he had married in 1947, moved in next door. It soon became apparent that one hall was too small. A few more were built, including an office and a bungalow that was huge for its time, where Mr. and Mrs. Mosterd moved in. "What is less well known is that Mosterd was also very successful in the fifties and sixties with mechanical packaging machines for poultry, vegetables, fruit, and fish. At the end of the 1950s, for example, he had a worldwide monopoly with a machine for the slaughter of poultry, and in the 1960s, almost all the growers in the Netherlands used Moba 'cucumber sealers'. At a certain point, however, Mosterd was overtaken by big boys who were willing to take the plunge into electronics. He then turned his attention back to the eggs full-time."

Legacy
More expansion followed around 1970. The company went from 5000 to 13,000 square meters of floor space. Mosterd died unexpectedly of a heart attack in 1977 at the age of 61, leaving his 360 employees behind in dismay. After Mosterd's death, employees moved up to management positions, and the company's expansion—including abroad—gained momentum. Van Ginkel: "We made the step from mechanical to partially electronic and then to fully electronic. The capacity of the machines went up sharply as a result."

Job's vision and passion for the egg industry live on in Moba, and to this day are the driving force behind the success of the company. There are now fourteen subsidiaries all around the globe and a worldwide Moba team consisting of 800 dedicated employees. The head office is still in the same place in Barneveld. Job Mosterd's Moba is an international company that has kept the name of its founder alive.

previous show all news next 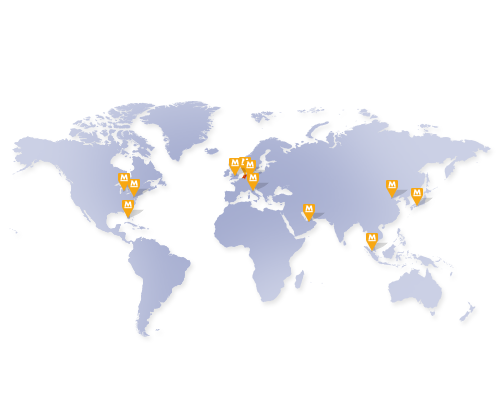